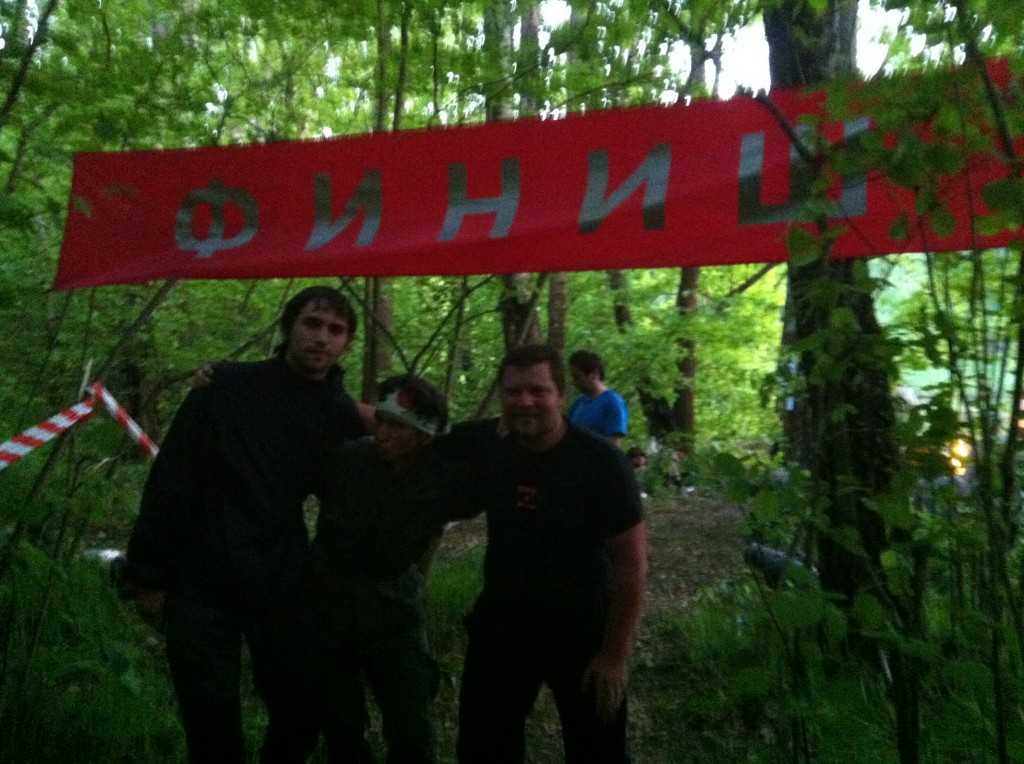 Well, I must admit the past weekend were probably the hardest days in our lives. Why so? Because of the sadomasochistic event called “MMB”.

MMB stands to “Moscovskiy Marsh-brosok” (I believe it’s “Moscow Cross-Trudge” in english). It is held twice a year (in mid May and in late October) and every damn time it brings lots of pain and suffer. The deal sounds like an easy one: you need to walk for almost three days (from Friday evening till Sunday afternoon/evening), making your way through the forest from one checkpoint to another and navigating with a paper map, a compass and your brain. The whole trip separated into three major parts. Each one of them has its own start and finish points and a few checkpoints in between. At the end of each part a camp with MMB organizers were so you can take some rest, refill your water supplies in a nearby river and, what is the most important, get a map for the next part of the trip, awaits you. But organizer’s camps won’t wait for you forever though – if you are a slowpoke and didn’t make it in time… well then, each map contains a few spots where you can catch a bus or a train and safely leave. Ah, one more thing: ‘bout checkpoints. Technically, you can skip them if you wish (like we did -_-, took only 4 from 66 in total), but you will have a bitter result at the end, cause each skipped CP makes a penalty for you (or your team, if you ain’t solo) with extra hours.

So… dat was the second time we were participating in MMB (the previous one was in spring 2013), and, unlike a year ago, WE FOCKING DID IT!!! We made it in time to the very finish!! At 20:52, Sunday, Dividebyzer0 successfully reached the last camp. It has been ~70km through dense forests and fields, mud and water, under the sun and rain, day and night. Heck, every time I recall it my feet are in pain again.

A little photo archive from the MMB waiting you here.