Okaaaayy… aha… hm… well, it looks like there is not much to show right now. But everything in motion, slow but steady: artists working on game objects, our code wizard experimenting with shaders and particles for backgrounds, and me struggling to find god damn time for level planning.
So, we’ll update prototype with some new art and features next month.

Right now, I want to tell you folks a bit about our game/level design tools. Maybe you will find something useful for your own projects.

As a game engine, we chose Construct 2 – HTML5-based tool for 2D games. Extremely easy to use, yet powerful enough for small-to-mid projects, supporting all major platforms (mobile, web, PC, OS X, Linux). But even if you are using Unity (or anything else) for your 2D game, me can recommend C2 as a super fast prototyping tool, thanks to sets of game objects behaviors, drag’n’drop canvas and visual programming through event lists.
Cons: rough version control systems support (problems with parallel commits), lack of HTML5 native support on mobile, and finally C2 is windows-only.

That’s how it looks on BYTE example: 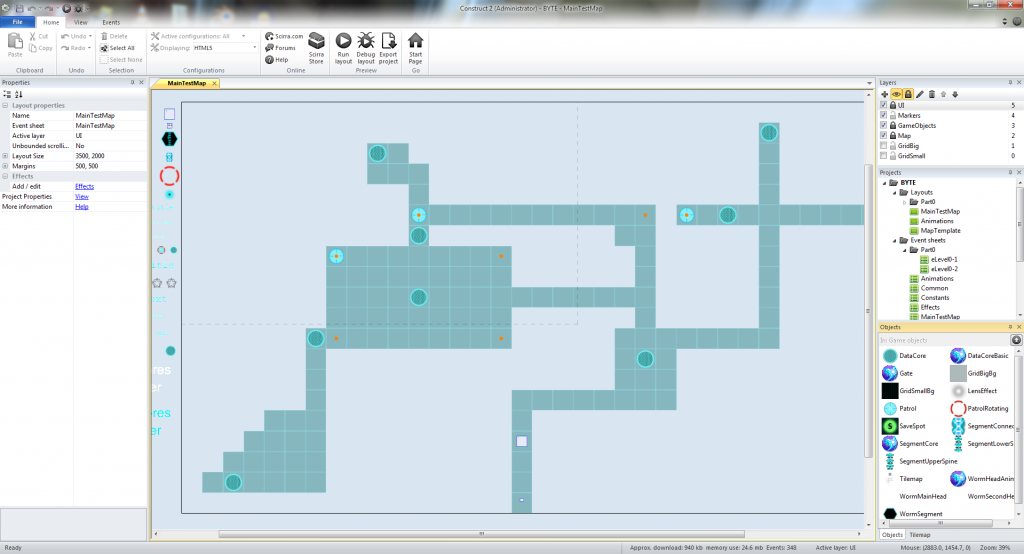 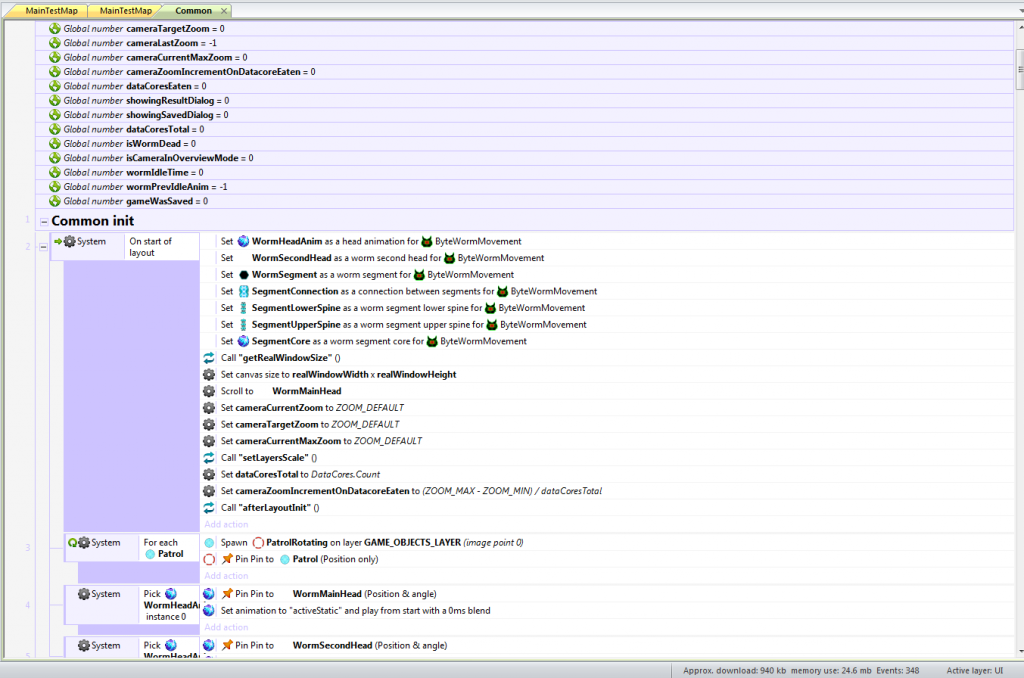 By the way, if you know magic numbers code stuff, you can extend C2 by writing you own behaviors and plugins in javascript.

As you may noticed, BYTE has square-cell structure. And to level design maps with such structure, we are using another tool named Tiled.
Basically, Tiled is a flexible 2D map editor that supports orthogonal, isometric and hexagonal orientation. But what is more important to us, that’s the ability to use Tiled .tmx maps as a tilemap object in C2! So, we are drawing levels in Tiled (which is very convenient thanks to Tiled’s cell structure), and then importing those maps in C2 with a few clicks. Moreover, you can edit Tiled maps in C2 which is also very cool.

One of the game levels in Tiled: 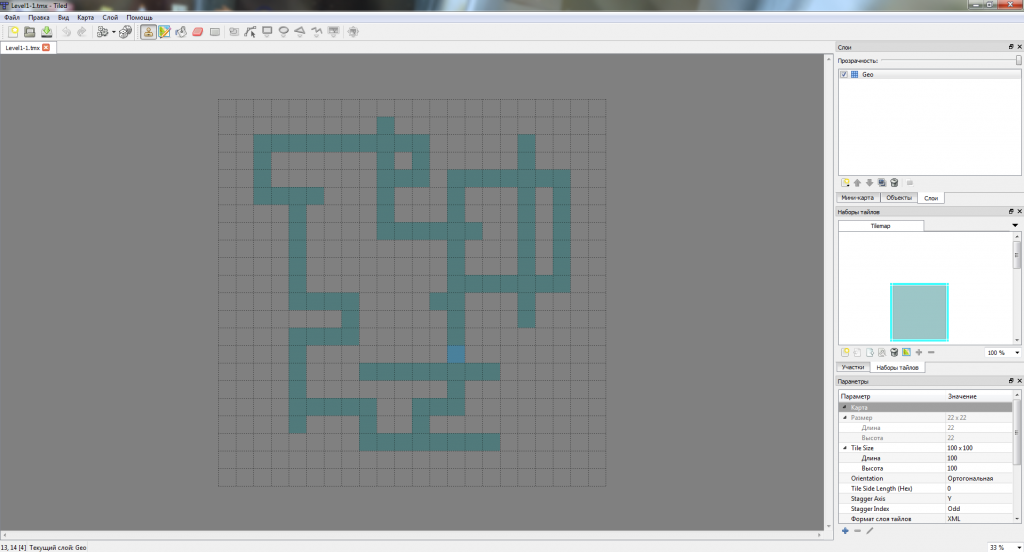 And yes, blue “walls”, which are visible in runtime, generates automatically thanks to our custom C2 behavior, as well as detection of those walls by cyberworm.

-
That’s all for now, guys. As always, feel free to questions/comments. Hope to show you something more fun next month.
Cheers!